Watch the video above or read the transcript below.

AUSBIZ interviewer: Vimal Gor is joining us from Pendal Group. I would like to get your reflections on Jerome Powell’s media conference on the reiteration of monetary policy stance in the US. What was your big takeaway?

VIMAL GOR: He was pretty much as dovish as he could have been. There’s this big debate around when they’re going to move to an average inflation targeting framework.

They pretty much said last night that they’re already doing that and even though they haven’t officially announced it yet. They are already running the policy which effectively means the monetary policy is going to be easier than it would have been under the old regime.

The Fed has a target of 2% and average inflation has been running over the last few years at about 1.5%, therefore they need to make up that shortfall inflation.

They will have to run an easier policy which is kind of what everyone was expecting, but the way that he reiterated that was really interesting.

It means they’re probably going to have to announce this in the September meeting, so it just means easier monetary policy pretty much forever in the US.

INTERVIEWER: I noticed one of the questions in the press conference that Jerome Powell was asked was whether the Fed would consider buying equities directly. And he said a flat out ‘no’. We have seen in the past that markets can go and bully the Fed into making particular moves, do you say that the Fed will never, ever buy equities?

VIMAL GOR: I fully expect the Fed to buy equities. They say they never going to do things and they do them. They’re talking about buying CMBS and they’re already buying ETFs and high yields.

If you’re buying a fallen angel high yield bond which has a massively high correlation to equities, why won’t you just buy equities as well? Bank of Japan has been buying equities for many years.

In fact, they are the largest shareholder of most of the companies and Niko. This is the next level when the economies don’t bounce back because the way the markets and the Feds are expecting, they have to add more stimulus in and they’ll just continue to throw package after package. 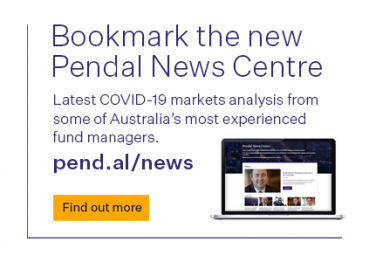 Interviewer: The first time we spoke, early in this pandemic, you were absolutely unequivocal that we would see rates going to zero and potentially negative. Do you still have that conviction?

VIMAL GOR: Yes, very much so. The CPI numbers we saw last week highlight that. We talked about the difference between nominal yields and real yields, and that’s behind this whole conundrum right now.

That is the last thing the RBI needs. If you bring it back to the Fed, and what the Fed has done is lock itself into this situation. It certainly wasn’t predetermined, but they’ve found themselves in a situation where they’re controlling nominal yields, the same way the RBA. RBNZ and ECB held nominal yields.

Now what they’ve found themselves in is a situation where they can get inflation expectations moving in the US. Would it bring real yields down, which continues to boost the economy?

AUSBIZ: Do you think all this is going to work? We’re in a pandemic, we’ve got mass unemployment, and things are looking pretty grim. Is it going to have the desired effect?

VIMAL GOR: Absolutely not. The desired effect is to slow the pace of the slow-down. We have a massive multigenerational hit to economies. It’s a solvency issue, many companies will need to go bankrupt and go under.

And what has happened by the monetary and fiscal policy we’ve seen from authorities across the world is from a large degree of liquidity at a solvency issue.

It doesn’t mean that the companies won’t go under, but what you’re doing is you’re drawing out the amount of time over which they go under. Therefore the drawdown in economic growth isn’t as deep or as quick.

And so effectively you’re hoping that you can grow out of this over time. If you took it over one or two quarters the effects would be unbelievably bad. They’re just trying to buy time for the economies and hope the economies heal somewhat.

But there’s no question that when you take the growth that drawdown in a short period or a long period, it’s still going to be monumentally large.

Interviewer: We saw the 10-year real yield in the United States at record lows last week, the big dollar suffering wounds and gold has hit record. What happens next?

VIMAL GOR: It goes higher and we can talk about gold. I think last time we also talked about crypto, and I’ll talk about that very briefly in the same context. The fed has bypassed the US banking system, and it’s pumping money directly into Main Street now.

If you’re a corporate in the US you can go directly to the Fed to get a loan. And when, in all likelihood, they’re going to forgive that loan anyway. So it’s just free money. And that’s why money supply growth in the US is running at 30%, 40%, the largest by magnitudes that this has run since the sixties.

At some point, there has to be inflationary and the market is reacting to that, not right now, but in the medium term. Plus a loss of confidence in the fear currency system, because every government in the world is just ignoring debt levels now.

And so those two things coupled together have met the gold’s going up. The other reason for gold is that normally other assets yield positive and gold is a negative-yielding asset.

But you buy a rock and then you dig a rock up, you sell it somewhat. And I put it back in the ground, but it costs you to hold in the ground because there’s a holding cost for like storage and security, etc.

If Bitcoin is considered a store of value and a store value is purely a social construct. Then it is better than gold as it’s transferable as you don’t need to go and physically pick up a big heavy bar and just give it to someone else.

It has an advantage over gold. Plus it’s a call option on the digitalization of the world, which is very clear where we’re going with all the central banks in the world, looking at their own coins. At some point, if you believe in the social construct like Bitcoin has a store of value.

Well, then you would expect Bitcoin to start really going in here as well. Gold and Bitcoin are going up for similar reasons in loss of confidence in the financial system, but they’re also going up for different reasons, pieces of a call option on arguably a new financial future, and the digitalisation of the world.

This article has been prepared by Pendal Fund Services Limited (PFSL) ABN 13 161 249 332, AFSL No 431426 and the information contained within is current as at August 05, 2020. It is not to be published, or otherwise made available to any person other than the party to whom it is provided.