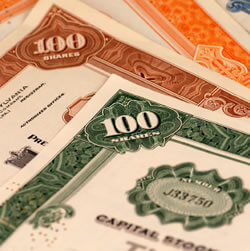 Tax reform legislation finally seems to be moving along in the US. While the equity markets cheer, the consequences for junk-rated issuers can be very unpleasant. As much as 4/5 of the high yield issuers could be worse off as a result of the proposed changes, which may in turn exacerbate and accelerate the current default cycle.

Under the current tax “reform” bills that have been passed by the US Senate and House, legislators have imposed a cap on interest deductibility at 30% of EBIT and EBITDA, respectively. On the flipside, issuers will also receive a lower rate of tax at 20% and have the ability to fully expense capital items in the year purchased rather than depreciate over a number of years. It has been argued that allowing immediate expensing of capital expenditure will promote more spending and economic growth.

Our concerns with these likely tax changes are both the intended as well as unintended consequences to credit markets. Various estimates suggest that under the House version of interest deductibility (maximum 30% of EBITDA) approximately 40% of non-financial issuers will be unable to fully deduct their interest expense. However, that is the more generous of the two proposals. Under the Senate version that has interest deductibility maximum of 30% EBIT, approximately 83% of non-financial issuers will be worse off than present. Prima Facie, with no change other than the interest cap, investors can determine that high yield companies that do not have greater than 3x interest coverage (‘low end’) will be worse off. The negative impact of the proposed legislation largely affects B and CCC rated issuers, and will lead to increased spread dispersion among high yield issuers – a trend that has been developing over much of this year even in the absence of the latest set of tax proposals.

Our concerns with these likely tax changes are both the intended as well as unintended consequences to credit markets.

The proposals not only put further pressure on the already strained cash flows of many high yield issuers, but also amplify the downside of credit cycles. Since the deductibility of interest is a function of earnings, as earnings wane so will the issuers’ ability to claim a deduction for interest, creating a double-whammy effect on corporate earnings and liquidity in late economic cycles. Consequently, such a tax law will only increase the volatility of cashflows experienced by high yield issuers. This increases the jump-to-default risk of levered issuers that have low levels of interest coverage.

As such, we believe a cautious stance towards high yield credit remains warranted. This is alongside a number of other concerns for the area including a wave of industry disruption, which poses a particular threat to the Consumer Discretionary and Telco sectors. Considered within the context that spreads are near their pre-GFC lows, the potential limited rewards do not justify the increasing risks.

This article has been prepared by Pendal Fund Services Limited (PFSL) ABN 13 161 249 332, AFSL No 431426 and the information contained within is current as at December 8, 2017. It is not to be published, or otherwise made available to any person other than the party to whom it is provided.