A key component of our investment process is looking at how macro-level developments drive risk and opportunity at the stock level. One recent example of this is the Chinese state-owned oil companies, which we feel are a good-news story being overlooked by the market, and where we have been actively investing.

For background, the People’s Republic of China owns (via an entity known as SASAC) stakes in about 100 central state-owned companies. Three of these are China National Petroleum Corporation (CNPC), China Petrochemical Corporation (Sinopec Group) and China National Offshore Oil Corporation (CNOOC Group), all of which are among the world’s largest companies. Each of the three then has a listed subsidiary holding a large part of the operating assets of the parent. The listed companies are PetroChina (owned by CNPC), Sinopec Limited and CNOOC Limited.

As these oil companies became more commercial in the 1990s, CNPC was managed by a tight-knit group of officials under Zhou Yongkang and Jiang Jiemin, who each progressed from head of CNPC to senior political jobs such as Minister for Resources and head of SASAC. This period was characterised by rapid growth in all three of the listed oil companies, with heavy investment and aggressive acquisitions, many of which had poor financial returns. One of the last of these, as an example, was CNOOC Limited’s US$15.1b 2013 acquisition of Canada’s Nexen, which pushed CNOOC Limited’s costs up very substantially for limited additional production. 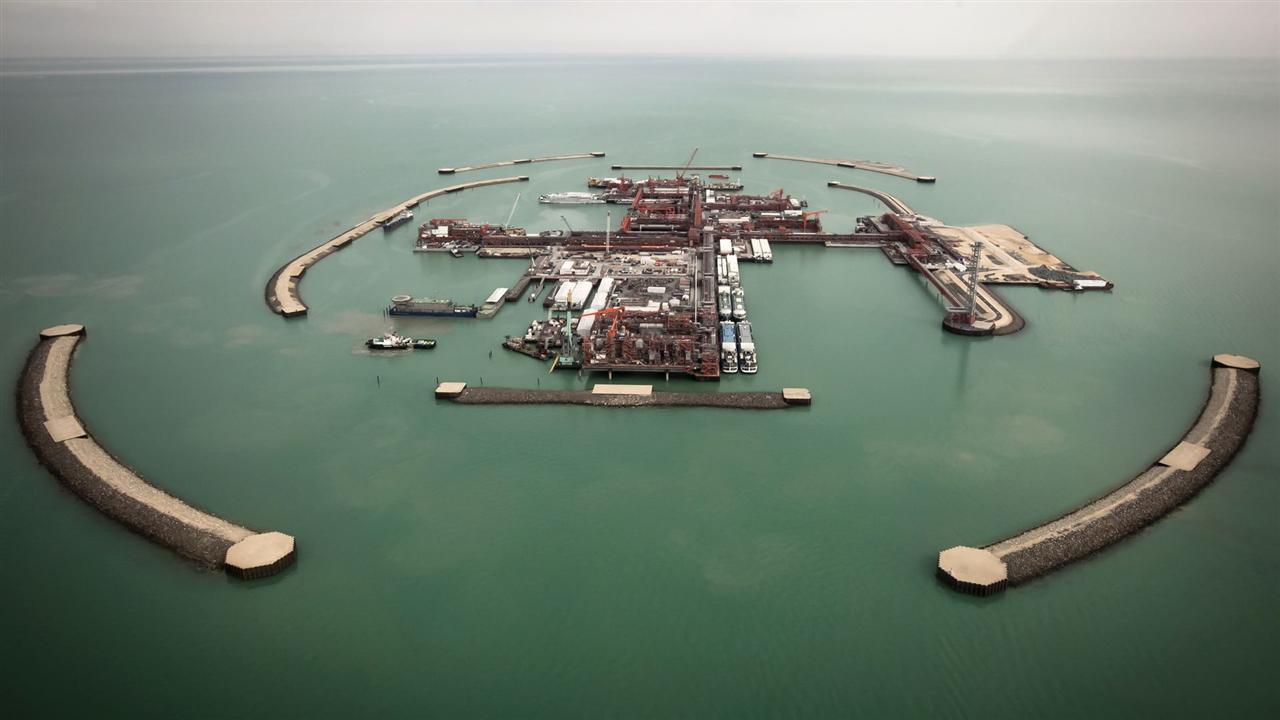 An aerial view of artificial islands on Kashagan offshore oil field in the Caspian sea, part of the assets purchased in China’s $5b investment in Kazakh oil assets in 2013.

2013 was also, however, when President Xi Jinping came to power. His programme to crack down on corruption and malpractice rapidly came to the oil companies, and CNPC in particular, with Zhou Yongkang and Jiang Jiemin among the many executives to be prosecuted. As the Reuters report referenced above notes, ‘investigators are scrutinizing offshore and domestic spending, including oil service contracts, equipment supply deals and oil field acquisitions.’

The resulting improvement in governance at the state-owned parents has had a very visible effect on the operating and financial metrics of the listed oil companies. The most dramatic improvement has come at CNOOC Limited, where all-in costs per barrel have declined from US$45 in 2013 to US$33 in 2017 (with the cash all-in cost per barrel falling even more sharply, from US$24 to US$12). Similarly, another key metric, the investment in production capacity, declined from over RMB 6,000/ton in 2012 to around RMB 3,000/ton in 2017. Crucially, discipline has not come at the cost of output – production actually increased from 411m barrels of oil equivalent in 2013 to 470m in 2017.

Sinopec Limited is a more downstream operation, with the world’s largest oil refining capacity and over 30,000 petrol stations. Improvements have come across the board, with lifting cost per barrel down, strong growth in the retail and marketing business, and a turnaround in the chemicals business from large losses in 2012 to healthy profits in 2017. Significantly for both companies, dividend payout ratios have risen substantially, from 42% in 2012 to 118% in 2017 at Sinopec Limited, and from 26% to 75% at CNOOC Limited in the same period.

We do not see this massive governance improvement as having been recognised by the market, with both companies trading at substantial EV/EBITDA discounts to both global and emerging peers. It is precisely this kind of macro-driven stock opportunity that our process is designed to identify. Consequently, we hold significant portfolio positions in both Sinopec Limited and CNOOC Limited.

This article has been prepared by Pendal Fund Services Limited (PFSL) ABN 13 161 249 332, AFSL No 431426 and the information contained within is current as at July 18, 2018. It is not to be published, or otherwise made available to any person other than the party to whom it is provided.