“I’ve been turning over in my mind the question of nostalgia, and whether I suffer from it. If nostalgia means the powerful recollection of strong emotions and a regret that such feelings are no longer present in our lives, then I plead guilty.” – Julian Barnes, The Sense of an Ending.

In commemorating the 20th anniversary of the handover of Hong Kong to China on 1st July 2017, I’ve taken the liberty of the author’s gavel and the indulgence of my colleagues overseeing the editorial oversight to stray a bit off the beaten path with this article.

I landed at Kai Tak Airport in Hong Kong (HK) on 22nd February 1997. Flying seemingly a hair’s breadth away from those dilapidated low-rise buildings reminded me of similar ones I’d seen before. Television antennas grew from terraces while roads below were narrow and crowded. My first impression of HK – ‘this is no different from Bombay; here too they hang their clothes to dry in the balcony’.

The drive into the city was short and as I approached the central business district (CBD), HK’s famed skyline came into view. Much of that view has changed in the past two decades. The CBD’s waterfront boundary has edged ever closer towards Kowloon across the harbour. It is an enduring lesson about HK and capitalism – selling reclaimed land is probably the best business model in the world for the Government of HK. That reclaimed waterfront land sells at astronomical values once it is filled up with rocks and debris, which costs almost nothing. 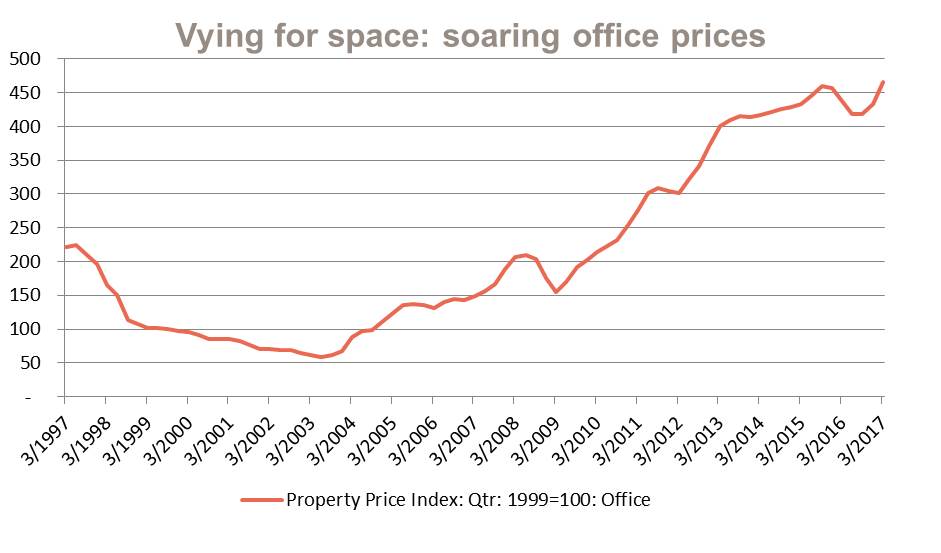 Little did I know that I had arrived in HK on the cusp of the Asian Financial Crisis. My mind was preoccupied with thoughts on adjusting to life in a new city. Born and raised in India, this was my first time living abroad. After the luxury of a two-week fully paid stay at the Ritz Carlton (courtesy the investment bank I worked with), I found a tiny apartment with no view in a matchstick-thin building in the Mid-Levels. The monthly rental was US$2,800 for 540 square feet of liveable area. After the SARS epidemic in 2003, its rent had halved to US$1,400 but today that same place rents for US$4,000/month.

Life settled into a routine between an escalator commute up and down the hill to work, Sunday dim sum at the City Hall past the bird-like cacophony of helpers on their day off, occasional hikes to easily accessible scenic country parks and exploring HK’s neighbourhoods and its British legacy. By June 1997, Asian financial markets were in a frenzied, bullish phase. My colleagues were actively investing in stocks or properties funded by leverage. I was bewildered and awestruck, having grown up in a Nehruvian socialist India where wealth was frowned upon. Newspapers featured the imminent handover of HK from the UK to China under the ‘one country two systems’ arrangement. In 1982, negotiations between the diminutive, expressionless Deng Xiao Ping and the stern faced iron woman Thatcher to resolve the issue of sovereignty of HK were acrimonious. A middle ground was reached where HK would become part of China on 1st July 1997, though with a special status for 50 years. Leading up to the handover in 1997, there was renewed confidence in HK and China.

30th June 1997 was a holiday to mark the Queen’s birthday. As I wandered through Central, I noticed a serpentine queue outside the GPO. With a passing interest in philately I joined the line to buy some official memorabilia commemorating the historic event. I returned on 1st July, the day of the handover, this time to get the newly issued Hong Kong Special Administrative Region (HKSAR) postage stamps. As the wait for first day covers was rather long, I opted for the shorter line to get our envelopes with postage stamps franked. Uniformed staff sat behind long tables mechanically franking the ’date chop’ on postage stamps as the queue shuffled along. I presented my envelopes. A couple of minutes into his routine, the official stopped abruptly. He stared down at the envelope and looked up at me. In that instant it struck me. I snatched the whole pile.  He thundered, ”Hand It Over!” By then, I had darted out of the door.

Serendipitously, I had managed to get envelopes with postage stamps of the Queen’s head but with a HKSAR official frank dated 1st July. Those postage stamps had ceased to be legal tender on midnight of 30th June 1997. Thus I believe I have in my possession the only known postage stamps issued by a British colony but franked and dated  1st July 1997 by the HKSAR under Chinese sovereignty; a unique piece of history.

I now live in another clean, efficient and vibrant city – Singapore. But I do miss HK. The good friendships, the Hong Kong Cricket Club, HK’s rolling hills and walks, the hustle and frenzy of city life, resilience of its people and the seasons. The Asian Financial Crisis and SARS are distant memories. Its people have survived through good times and bad and so much has changed over the past 20 years. The city has definitely prospered as reflected by the gleaming new buildings. Life for the average person seems tougher as evidenced by the protests against increasing mainland Chinese influence. Attitudes towards China went from apathy pre-1997 to euphoric embrace during the 2000’s to suspicion and fear in the past couple of years. Yet, whenever I return, the view of the skyline still mesmerises me.

To give nostalgia its due, much like the enduring question binding Americans of a certain generation, “what were you doing when JFK was assassinated?”, when queried about my most memorable moment of the HK handover, the answer is simply a resounding clerical shriek: “Hand it Over!”

This article has been prepared by Pendal Fund Services Limited (PFSL) ABN 13 161 249 332, AFSL No 431426 and the information contained within is current as at July 19, 2017. It is not to be published, or otherwise made available to any person other than the party to whom it is provided.

PFSL is the responsible entity and issuer of units in the BT Wholesale Asian Share Fund (Fund) ARSN: 087 593 468. A product disclosure statement (PDS) is available for the Fund and can be obtained by calling 1800 813 886 or visiting www.pendalgroup.com. You should obtain and consider the PDS before deciding whether to acquire, continue to hold or dispose of units in the Fund. An investment in the Fund is subject to investment risk, including possible delays in repayment of withdrawal proceeds and loss of income and principal invested.