Emerging Markets: where to find growth in a volatile world

THE mood in global markets may have left investors feeling uncertain, but there are opportunities in even the most negative of times, says Pendal emerging markets manager James Syme.

Right now, the sometimes overlooked markets of Latin America are a bright spot in a world worried about inflation, interest rates and war, says Syme.

“In the first four months of the year, when global emerging markets were down 12 per cent, Latin American stock markets rose 11 per cent.

“And it’s more than just a market move — the underlying fundamentals are looking pretty good.”

Latin America often flies under the radar of investors, partly because its commodity-exposed economies are subject to boom-and-bust cycles that can leave investors vulnerable to swift capital outflows.

But in the face of global uncertainty, big Latin American economies like Brazil and Mexico are doing well. 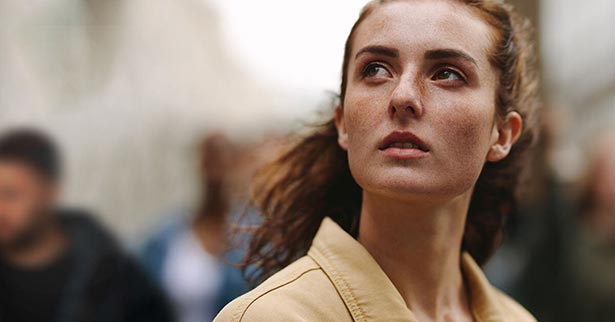 “For some investors, that’s been a surprise. People have thought that a stronger US dollar and higher bond yields will start to really drag on Brazil.

“But it has its own internal cycle, which has been reasonably strong.”

Syme says Brazil is seeing strength across the board in services, retail sales, consumer confidence and credit growth.

“It’s probably the strongest credit environment in any emerging market,” he says.

The underlying support for the strength is commodity exports.

Brazil is a significant oil producer and produces commodities like pulp and paper as well as metals.

“Brazil is also a huge food exporter. One element that’s been overlooked is that with Russia and Ukraine going offline in terms of edible oil exports — and Indonesia putting a palm oil export ban in place — that’s about 50 per cent of global edible oil exports taken offline.

“One of the big alternatives to palm oil is soy — and Brazil is a major soy exporter.”

“The whole commodity export side from Brazil is really robust. And that’s happening at the same time as the domestic cycle is picking up,” says Syme.

Brazil’s policy response to the booming economy has been significant interest rate hikes, leaving it well placed to weather increases in global bond yields and a higher US dollar.

Syme also points to Mexico as an example of boom times in a sometimes overlooked market.

“Mexico is a very high quality, stable market. I’ve seen it characterised as boring, but sometimes boring is good,” says Syme. “In a difficult world, it’s got a relatively high return on equity and good corporate governance.”

And it’s a beneficiary of strength in the neighbouring US economy.

“These inflationary pressures we’re seeing in the US are a reflection of a strong economy — that’s just a huge benefit for Mexico.

Again, like Brazil, the central bank has been hiking rates.

“But they’ve remained highly orthodox through the inflation spike. There probably will be some more hikes ahead but again, we’ve probably seen bulk of what needs to be done,” he says.

Underpinning the Mexican stockmarket is a big domestic pension fund industry with assets equal to 25 per cent of GDP.

“They’ve been increasing their allocation to domestic equities.”

And remittances — largely from the US as Mexicans abroad send money home — are supporting the economy, up 13 per cent year on year in March.

Keep an eye on politics

There are risks, says Syme.

The traditional threat to Latin American markets is politics. Brazil is due for an election in October and a win by the left-wing candidate may be a challenge to some parts of the Brazilian equity market. But Mexico is already under a left-leaning government and performing well.

“We are comfortable in both cases,” says Syme.

“Emerging markets go right or wrong at a country level and a lot of what happens is around economic cycles and how they interact with global economic cycles.

“Booms in emerging markets can be quite sustained.

“And while valuation alone is not an investment case, most of MSCI LatAm looks pretty reasonably valued in a world where a lot of assets don’t.”


This information has been prepared by Pendal Fund Services Limited (PFSL) ABN 13 161 249 332, AFSL No 431426 and is current as at May 25, 2022. PFSL is the responsible entity and issuer of units in the Pendal Global Emerging Markets Opportunities Fund (Fund) ARSN: 159 605 811. A product disclosure statement (PDS) is available for the Fund and can be obtained by calling 1300 346 821 or visiting www.pendalgroup.com. The Target Market Determination (TMD) for the Fund is available at www.pendalgroup.com/ddo. You should obtain and consider the PDS and the TMD before deciding whether to acquire, continue to hold or dispose of units in the Fund. An investment in the Fund or any of the funds referred to in this web page is subject to investment risk, including possible delays in repayment of withdrawal proceeds and loss of income and principal invested. This information is for general purposes only, should not be considered as a comprehensive statement on any matter and should not be relied upon as such. It has been prepared without taking into account any recipient’s personal objectives, financial situation or needs. Because of this, recipients should, before acting on this information, consider its appropriateness having regard to their individual objectives, financial situation and needs. This information is not to be regarded as a securities recommendation. The information may contain material provided by third parties, is given in good faith and has been derived from sources believed to be accurate as at its issue date. While such material is published with necessary permission, and while all reasonable care has been taken to ensure that the information is complete and correct, to the maximum extent permitted by law neither PFSL nor any company in the Pendal group accepts any responsibility or liability for the accuracy or completeness of this information. Performance figures are calculated in accordance with the Financial Services Council (FSC) standards. Performance data (post-fee) assumes reinvestment of distributions and is calculated using exit prices, net of management costs. Performance data (pre-fee) is calculated by adding back management costs to the post-fee performance. Past performance is not a reliable indicator of future performance. Any projections are predictive only and should not be relied upon when making an investment decision or recommendation. Whilst we have used every effort to ensure that the assumptions on which the projections are based are reasonable, the projections may be based on incorrect assumptions or may not take into account known or unknown risks and uncertainties. The actual results may differ materially from these projections. For more information, please call Customer Relations on 1300 346 821 8am to 6pm (Sydney time) or visit our website www.pendalgroup.com