Chinese listing rules are under review. Here’s what investors should know 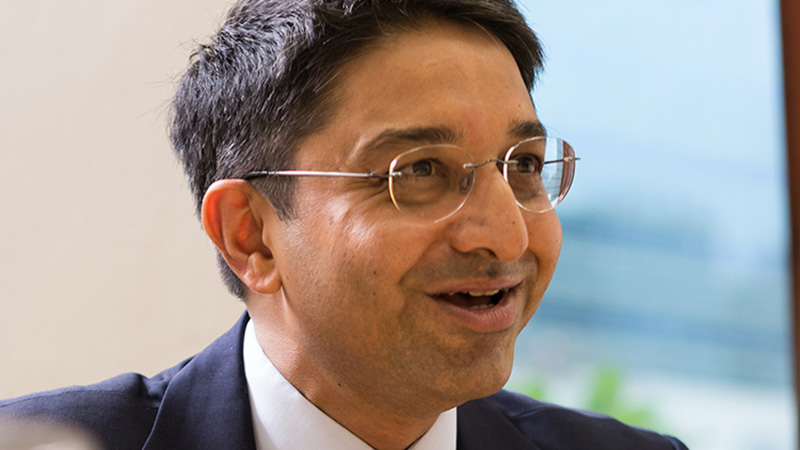 CHINA is reviewing the rules that govern its companies listing on foreign stock exhanges. What does this mean for investors?

Before we consider this, it’s useful to understand three cross-currents affecting Chinese technology businesses and stocks:

The Chinese leader has articulated more forcefully than most that the Chinese Communist Party (CCP) is supreme. Jack Ma found this out to his detriment when he made a speech in which he was critical of regulators. It is acknowledged off the record by people in the know that a large shareholding in Ant Financial is owned by the Shanghai faction (those considered close to ex-President Jiang Zemin – a political rival of the current administration).

2. A clear ideological battle-line drawn under President Trump’s administration in 2018

I do not think this is a clear-cut ideological contest between capitalism (the US) and communism (China). The CCP is a Marxist-Leninist party which uses the tools of capitalism effectively. This ideological divide is more about superpower rivalry, and we happen to have a label attached to it.

3. Data is the real source of the current predicament for governments

The collection, use and security of data are now arranged around national boundaries. Any industry considered a national priority or subject to national security is now wrapped in data nationalism. Accounting oversight for US-listed securities (rightfully demanded by US Congress through the Public Company Accounting Oversight Board) flies in the face of data nationalism.

“Once amended, the rules would require firm structures using the Variable Interest Company (VIE) model to seek approval before going public in Hong Kong or the US,” Bloomberg reported recently.

The VIE model was pioneered by Chinese Internet company Sina Corporation in 2001 as a means to list its shares on the New York Stock Exchange in 2001. It set the stage for a flood of IPOs and capital raisings by Chinese companies in US capital markets.

Scroll down for an explanation of the VIE model.

Since 2018 I have considered any Chinese ADRs as risky for exactly this eventuality.

Hence, in the past two-and-a-half years, I have chosen to own stocks listed either on the Hong Kong or the Shanghai/Shenzhen stock exchanges.

I have a large underweight position in China, partly due to valuations, partly because of increased regulatory risks and partly on account of the tightening macro environment.

Following recent events I have to wait and judge whether Hong Kong-listed firms are likely to be dealt with as heavy-handedly as any US-listed Chinese stocks.

Rationally speaking that should not be the case. The Chinese mainland now completely controls Hong Kong – but geopolitics and national security concerns can trump rationality.

The other big risk revolves around data and business models.

In the US technology behemoths operate in loosely defined spheres of influence (Facebook vs Amazon vs Microsoft vs Google). That is not the case in China.

Every large company and upstart challenger wants to encroach upon and compete against incumbents, using not just data but aggressive cash burn and sometimes harsh competitive tactics (monopolising users or suppliers via threats).

This requires a return to first principles – to understand what is the genuine competitive moat for a business.

And we need to analyse whether that moat is now threatened by Chinese government’s imposition of national security priorities. This is not going to be easy.

My fortune in positioning the portfolio with a large underweight in China allows me some breathing space. Markets by definition are fickle and move from euphoria to panic, as we currently observe.

I welcome that wholeheartedly. Consternation concentrates the mind.

Learn more: what is a Variable Interest Company (VIE)?

China’s Sina Corporation pioneered the concept of the Variable Interest Company (VIE) as a means to list its shares on the New York Stock Exchange.

The first Chinese internet company to do so in 2001, Sina set the stage for a flood of IPOs and capital raisings by Chinese companies from US capital markets.

It was an ingenious legal “contract”.

“The structure allows a Chinese firm to transfer profits to an offshore entity – registered in places like the Cayman Islands or the British Virgin Islands – with shares that foreign investors can then own.”

Those were the heady days of globalisation, marked by China’s entry into the World Trade Organization (WTO). The internet was in its infancy while Asian economies were struggling from the aftermath of the financial crisis of 1997-98.

Most economic forecasters and market participants (myself included) hoped for or predicted the imminent cutting of the umbilical cord that joined Asia to the West. That moment of decoupling is upon us, although the contours are vastly different from what we envisaged.

Churchill’s characterisation of the Soviet Union in October 1939 as “a riddle wrapped in a mystery inside an enigma” is an apt description of the VIE structure.

Again quoting Matt Levine at Bloomberg (everyone should read his work):

“I have a soft spot for Chinese VIEs. The idea is that, under Chinese law, it is somewhere between “complicated” and “forbidden” for foreigners to own certain big important Chinese tech companies. This is a problem for those companies if they want to raise capital from foreign investors and list their stocks on foreign stock exchanges. But there is a solution. Ownership of a company is a complicated notion, a vague jumble of rights to elect directors, approve mergers, and claim a residual interest in the company’s cash flows. You could break those things up and sell them separately.

“Write a profit-sharing contract that says: ‘A will pay B all of A’s profits after expenses for the next 100 years, renewable at B’s option,’ and hey that’s a residual claim on cash flows. (Or something more vague: ‘A will pay B an annual consulting fee that B decides in its total discretion based on the economic value of the relationship,’ etc. Not technically a residual claim but what else is it?). ‘B will provide management services to A and A will follow B’s instructions,” hey that’s basically control. ‘B will have the right to appoint a majority of A’s board of directors,’ put it in a contract, it’s not actually stock ownership. Etc. Write some contracts that, bundled together, look like ownership, but aren’t ownership.

This article has been prepared by Pendal Fund Services Limited (PFSL) ABN 13 161 249 332, AFSL No 431426 and the information contained within is current as at July 12, 2021. It is not to be published, or otherwise made available to any person other than the party to whom it is provided.

PFSL is the responsible entity and issuer of units in the Pendal Asian Share Fund (Fund) ARSN: 087 593 468. A product disclosure statement (PDS) is available for the Fund and can be obtained by calling 1300 346 821 or visiting www.pendalgroup.com. You should obtain and consider the PDS before deciding whether to acquire, continue to hold or dispose of units in the Fund. An investment in the Fund is subject to investment risk, including possible delays in repayment of withdrawal proceeds and loss of income and principal invested.