China’s watchdogs weigh in on debt 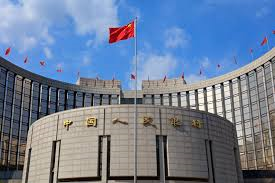 April’s news that the third of China’s three financial regulators would have a surprise change of leadership was not immediately attention-grabbing. With CSRC, the markets regulator, changing its head in February 2016, and CBRC, the banking regulator, following the same move in February 2017, there has now been complete change at the top of this part of the regulatory system (Zhou Xiaochuan remains Governor of the People’s Bank of China (PBoC), the central bank). Whilst all three regulatory heads would be expected to change in a Party Congress year, we can now see that something different is happening.

“Any bureaucrat pursuing policies that threaten the stability of China should be prepared to be replaced.”

We have written extensively about our concerns that the credit stimulus applied to the Chinese economy in mid-2015 would have negative side effects and would ultimately prove to be unsustainable. Our concerns were that some combination of the growing risks from leverage within the financial system, rising inflation, downward pressure on the currency and/or worsening urban pollution would cause a reversal in policy. Ultimately, we see the primary objective of the Chinese Communist Party as not being growth, as is often thought, but rather stability. Any bureaucrat pursuing policies that threaten the stability of China should be prepared to be replaced.

We have recently seen a number of data points that confirm we are in a period of substantially tighter monetary policy in China. As is normally the case, monetary policy is being administered through a mixture of interest rates and macro-prudential rules and quotas.

Firstly, it is definitely the case that all-system claims are growing at a much slower rate than a year ago. The most recent increase, 14.1% in the year to May 2017, is the lowest since the 2008-9 financial crisis, and compares to an increase of 20.8% in the year to May 2016. Interestingly, it is the non-bank financials where the slowdown has been hardest. On a related note, the three month Shanghai interbank interest rate has been above 4.5% for the last few weeks   a sharp increase on a rate of 2.8% as recently as November 2016.

Secondly, in late June the CBRC ordered China’s banks to review the ‘systemic risk’ from a group of high-profile Chinese conglomerates that have been aggressively making overseas acquisitions in recent years. The targeted groups appear to be Dalian Wanda, Fosun International, HNA and Anbang (the unlisted insurer whose CEO, Wu Xiaohui, was recently arrested). These groups have been borrowing significantly and have bought some trophy assets including the Waldorf Astoria hotel in New York. It seems that policy makers are as concerned about the specific uses of credit as they are about the overall rate of increase.

Thirdly, in the offshore bond market, June saw a massive US$6.6 billion bond issue by property developer, Evergrande, which surprised investors. It means that so far in 2017, Chinese property developers have raised US$14.9 billion through offshore bond financing, which is a huge increase on the total of US$14.4 billion for the whole of 2016.

Hence, slower credit creation   particularly outside of the banking sector, new regulators, regulatory crackdowns on the most aggressive borrowers, and heavy users of the bond market turning to the offshore market, means that the stimulus is over for now. The implications of this for emerging markets are mixed and have to be considered alongside other factors such as a recovering Eurozone and lower US bond yields. But what we can say is that this is unambiguously negative for commodities, commodity stocks and commodity-exporting countries.

This article has been prepared by Pendal Fund Services Limited (PFSL) ABN 13 161 249 332, AFSL No 431426 and the information contained within is current as at July 21, 2017. It is not to be published, or otherwise made available to any person other than the party to whom it is provided.

PFSL is the responsible entity and issuer of units in the BT Wholesale Global Emerging Markets Opportunities Fund (Fund) ARSN: 159 605 811. A product disclosure statement (PDS) is available for the Fund and can be obtained by calling 1800 813 886 or visiting www.pendalgroup.com. You should obtain and consider the PDS before deciding whether to acquire, continue to hold or dispose of units in the Fund. An investment in the Fund is subject to investment risk, including possible delays in repayment of withdrawal proceeds and loss of income and principal invested.