Here are the main factors driving the ASX this week according to Pendal investment analyst ELISE MCKAY. Reported by research analyst Jonathan Choong

MARKET expectations solidified around a 25bps February hike after the latest US CPI data suggested inflation had peaked and was showing a clear downwards trajectory — even as labour markets remained strong.

But more evidence is needed to support the narrative that inflation has well and truly peaked and a downward trend is sustainable.

It’s looking increasingly like the US will hit its debt ceiling limit in mid-January and exhaust extraordinary measures by June.

Unlike recent debt ceiling negotiations, this is shaping up like the 2011 fiscal showdown which resulted in a downgrade of the US credit rating.

That downgrade was materially disruptive for financial markets, so this could develop into a major story in 2023.

It will be important to monitor this closely in coming months.

It’s looking more likely that the UK and Europe recessions will be shallower than initially thought — or even avoided.

This is due to several things: a sharp decline in energy prices, a lower CPI print and industry benefitting from a faster-than-expected China reopening.

A scenario of more-resilient global economies, a potentially weaker USD and tight labour markets could lead to rates staying higher for longer.

If that turns out to be true, returns would likely be capped, particularly for sectors that have been most leveraged to lower rates.

Australian retail spending remained strong over the holiday period. Inflation at 7.4% has locked in a 25bps increase at the RBA’s February meeting.

In the US, headline CPI was in line with expectations at -0.08% for December. Core CPI rose 0.3% on the month.

Year-on-year headline inflation declined from 7.1% to 6.5% in December — the lowest reading in the US since October 2021.

The driving force behind this was the sharp monthly drop (-4.5%) in energy, with gasoline prices down 9.4%.

Gas prices were down 1.5% in December (YoY). On the current trajectory that rate will fall below -20% by March.

We also saw a material slow-down in food inflation after recovery from droughts which affected fruit and vegetable prices. Food inflation has now reached its lowest level since early last year.

On a last-quarter basis, core CPI has grown at an annualised rate of 3.1%.

The key contributor is deflation in core goods (about 20% of CPI). In contrast, monthly services inflation (about 60% CPI) has decelerated to 0.5% vs an average of 0.6% in the third quarter.

Declining used car prices have continued as the biggest driver of goods inflation.

Deflation has now moved into new cars where we saw the first price decline since January 2021. It’s expected this will continue based on anecdotal evidence of auto players cutting prices. (For example Tesla has cut prices globally by up to 20%.)

Services inflation is so far proving to be harder to break. Core services were up 0.5% in December (a 3-month annualised rate of 6.1%).

Shelter inflation has accelerated to its fastest growth in 12 months (+0.8%). But this is expected to moderate significantly through the second half, given deceleration in asking rent growth.

Core services (excluding housing) rose by +0.3% for the month. Hospital services was the biggest surprise, up +1.5% — the biggest jump since October 2018.

This increase is well above the trend of +0.2% per month due to seasonal issues and is expected to return to trend this month.

This was slightly up from Oct-Nov 2022 but well below the spikes seen in Jun-Sep last year.

If this continues downward it should provide the Fed some comfort that the inflation trend has clearly moved lower.

Jobless claims remain low at 205,000 despite pain felt in the technology industry which continued to see further job losses this month.

However, low jobless claims and anecdotal feedback suggest recently-unemployed tech workers are quickly finding jobs in other parts of the economy.

Global container trade volumes declined 9.5% in the year to November (and -3.7% YoY so far in 2023). This is expected to continue into December and the first half of 2023 before recovering later in the year.

US treasury secretary Janet Yellen called on Congress to raise the debt ceiling after forecasting the $US31.4 trillion borrowing limit would be reached on January 19 — and extraordinary measures would likely be exhausted by June.

A 2011-like US credit downgrade is looking more likely after it took 15 votes for Kevin McCarthy to be appointed Speaker of the House.

A package of concessions to win over conservative holdouts included a tougher stance on spending.

This has the potential to be a major story for markets over the next six months and should be closely followed.

There is a wide range of potential outcomes from a bipartisan deal to government shutdown or even debt default.

Though it’s most likely there will be an 11th-hour bipartisan deal, even if the path to get there is long, painful and volatile for markets.

Increasingly, it’s looking like Europe’s recession will be shallower than initially thought.

A better-than-expected outlook is due partly to a mild winter and widespread efforts to conserve energy.

This led to a 20 per cent yearly drop in European gas demand during the fourth quarter. There has been a sharp decline in energy prices as retail and industry seek greater energy efficiency.

On the supply side, actions to diversify gas sources via the importation of liquefied natural gas has contributed to European gas storage levels reaching 82 per cent.

This is well above the usual level of about 65 per cent at this point in the winter.

This should provide comfort that sufficient supply is available to maintain lower prices into — and potentially through — the summer. 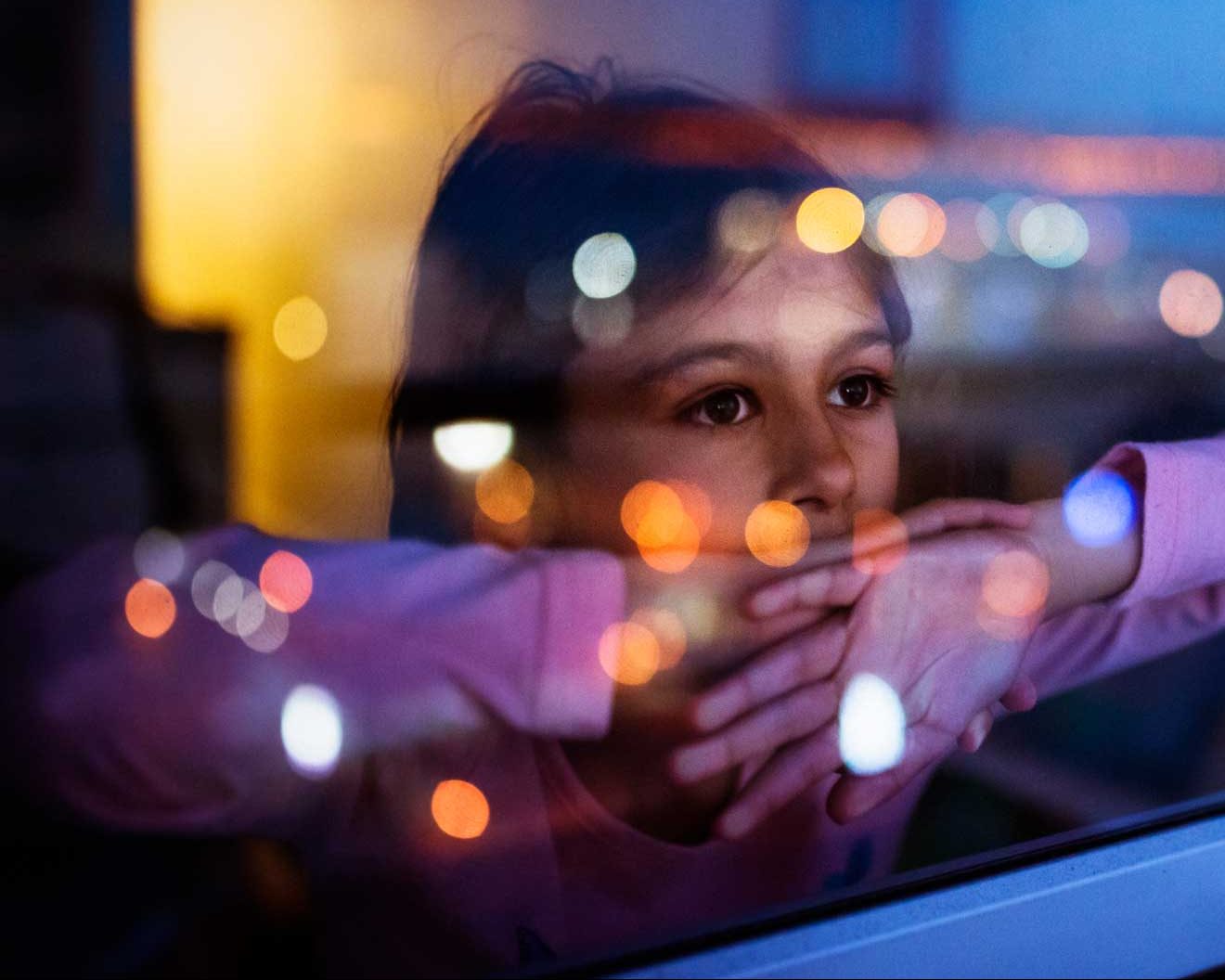 The improving economic outlook is further supported by better-than-expected data for UK and Germany.

The UK economy grew in November for the second month in a row after contracting in the third quarter. In Germany early estimates suggest fourth-quarter output was flat versus the previous quarter, compared to expectations of a contraction.

European industrials are also well positioned to benefit from reopening in China economy throughout 2023.

Last week was strong across the board.

NASDAQ was the strongest performer for the week while Europe continued to outperform with a solid 9.5% for the year so far.

Following the ten worst years for the 60/40 portfolio, the median return for the next year is +17% with a 90% hit rate (only the great depression was negative).

The 2023 numbers further support this trend with the stock and bond portfolio off to its best start since 1987 after a return of +4% YTD.

As mentioned in last week’s note, Commodity Trading Advisor positioning is near five-year lows and Mutual Fund Exposure is running the biggest absolute cash levels on record ($235 billion). This should continue to be supportive for upside moves.

Retail trade also surprised with a 1.4% increase in November, reflecting a strong start to the holiday shopping season.

This strong data supports the RBA continuing to hike by 25bps in February — and likely another 25bps in March.

It is still too early for the RBA to consider pausing — and if that’s the case, the housing correction is likely to continue until at least mid-year.

In markets, performance was largely driven by the macro themes with all sectors except utilities ending up for the week. The S&P/ASX 300 was up 3.11% and Small Ordinaries 2.86%.

She has also worked in investment banking and corporate finance at JP Morgan and Ernst & Young.

Pendal Horizon Sustainable Australian Share Fund is a concentrated portfolio aligned with the transition to a more sustainable, future economy.

Pendal Focus Australian Share Fund is a high-conviction equity fund with a 16-year track record of strong performance in a range of market conditions. The Fund is rated at the highest level by Lonsec, Morningstar and Zenith.


This information has been prepared by Pendal Fund Services Limited (PFSL) ABN 13 161 249 332, AFSL No 431426 and is current at January 16, 2023. PFSL is the responsible entity and issuer of units in the Pendal Focus Australian Share Fund (Fund) ARSN: 113 232 812. A product disclosure statement (PDS) is available for the Fund and can be obtained by calling 1300 346 821 or visiting www.pendalgroup.com. The Target Market Determination (TMD) for the Fund is available at www.pendalgroup.com/ddo. You should obtain and consider the PDS and the TMD before deciding whether to acquire, continue to hold or dispose of units in the Fund. An investment in the Fund or any of the funds referred to in this web page is subject to investment risk, including possible delays in repayment of withdrawal proceeds and loss of income and principal invested. This information is for general purposes only, should not be considered as a comprehensive statement on any matter and should not be relied upon as such. It has been prepared without taking into account any recipient’s personal objectives, financial situation or needs. Because of this, recipients should, before acting on this information, consider its appropriateness having regard to their individual objectives, financial situation and needs. This information is not to be regarded as a securities recommendation. The information may contain material provided by third parties, is given in good faith and has been derived from sources believed to be accurate as at its issue date. While such material is published with necessary permission, and while all reasonable care has been taken to ensure that the information is complete and correct, to the maximum extent permitted by law neither PFSL nor any company in the Pendal group accepts any responsibility or liability for the accuracy or completeness of this information. Performance figures are calculated in accordance with the Financial Services Council (FSC) standards. Performance data (post-fee) assumes reinvestment of distributions and is calculated using exit prices, net of management costs. Performance data (pre-fee) is calculated by adding back management costs to the post-fee performance. Past performance is not a reliable indicator of future performance. Any projections are predictive only and should not be relied upon when making an investment decision or recommendation. Whilst we have used every effort to ensure that the assumptions on which the projections are based are reasonable, the projections may be based on incorrect assumptions or may not take into account known or unknown risks and uncertainties. The actual results may differ materially from these projections. For more information, please call Customer Relations on 1300 346 821 8am to 6pm (Sydney time) or visit our website www.pendalgroup.com