We know this much – the trade war by China against the US has been going on for years. To the extent one wants to call this a trade war, we are determined to win it. 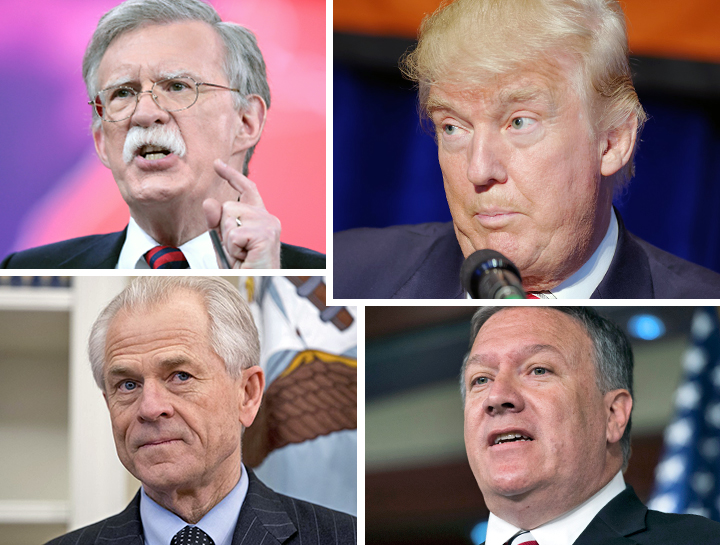 One defining feature of the Trump administration from an emerging market perspective is the willingness, even enthusiasm, to confront the United States’ geopolitical rivals. The US has significantly expanded sanctions applied to Russian companies and individuals while applying increasingly severe tariffs to Chinese exports. The effects have been felt in both countries, notably through currency weakness that does not seem to reflect the healthy external balances both countries enjoy.

There is a temptation to view the actions of the US administration as both driven by the President and targeted at the popular vote, but we feel it’s important to look at some of the statements by other administration members to see where these policies might be headed, and what that might mean for emerging market investors.

Vice-president Pence recently summed up the administration’s view as “Beijing is employing a whole-of-government approach, using political, economic and military tools, as well as propaganda, to advance its influence and benefit its interests in the United States.” Whilst the military rivalry between the two powers has been visibly building over the last couple of decades, the focus on economic competition is a newer feature, and one with a strong advocate in the Trump government.

The Death by China script

Peter Navarro is an American economist and author who has been a hard-line advocate of a confrontational US trade policy towards China, most notably in his 2011 book Death by China. Having served as an adviser to the Trump campaign, he was appointed to an advisory post in the administration in December 2016, and much China policy since then can be seen to follow his views. Navarro very much sees the trade relationship between the two as akin to a war, accusing China of ‘cheating’ through uncontrolled pollution, poor labour standards, government subsidies, exporting counterfeit and dangerous goods, currency manipulation, and intellectual property theft. He has been a strong advocate of large tariffs on Chinese exports, with steel seen as a priority, and this is the exact policy path that has been followed. If there was any doubt, the Trump administration’s unusual step of creating a military space force is exactly what is called for in chapter eleven of Death by China.

One defining feature of the Trump administration from an emerging market perspective is the willingness, even enthusiasm, to confront the United States’ geopolitical rivals.

It is in this light, therefore, that we note with concern the recent Bloomberg scoop alleging that Chinese intelligence agencies caused highly specialist computer chips to be covertly placed in computer servers being exported to the US, thereby deeply compromising security at various US companies and government agencies. The potential for this to happen was highlighted in chapter ten of Death by China and this significantly increases the likelihood that the US seeks to disentangle some of its supply chains from China, not to improve the trade balance, but as a fundamental matter of national security.

This would have profound implications not only for China, but also for some key emerging market industries. It may create market share opportunities for Korean and Taiwanese companies at the expense of Chinese ones, but it is also likely to raise prices to consumers, increase capital expenditure and reduce returns on capital and reduce economies of scale. It is also likely to see continued weakness in the Chinese renminbi in response to diminished export opportunities, and will not be supportive of Chinese equities. Yet the Chinese reaction in September was to turn down further trade talks and to summon the American ambassador to Beijing to protest sanctions imposed on the Chinese military. Despite the economic consequences, there has been no backing down by China. As Lord Kitchener said, “No financial pressure has ever yet stopped a war in progress.”

This article has been prepared by Pendal Fund Services Limited (PFSL) ABN 13 161 249 332, AFSL No 431426 and the information contained within is current as at October 12, 2019. It is not to be published, or otherwise made available to any person other than the party to whom it is provided.